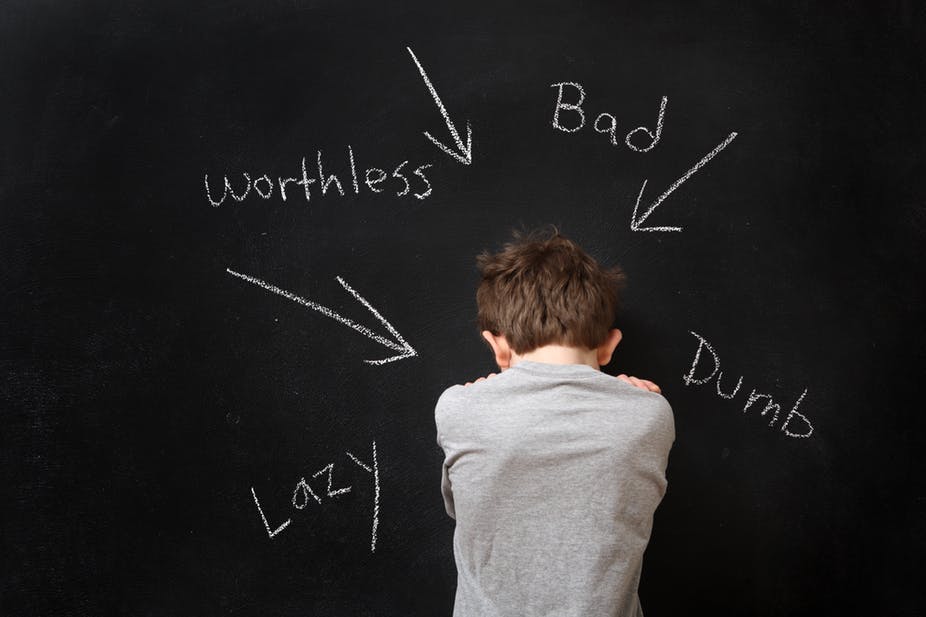 More often than not when a child makes a mistake and engages in some sort of behaviour that we do not approve of, our immediate impulse is to yell at the child and say things like “bad boy” or “whatever in the world possessed you to do something like this you silly girl” or “how stupid can you be”

Typically in these instances where the child has been publically reprimanded and labeled as “bad” or “silly” they will hang their head down and run to their room or a corner, away from public gaze, due to a feeling of shame. Shame is a persons instinctive response to a feeling of personal inadequacy and failure and this is especially true when ones inefficiency, be it a physical act (inability to perform a certain task) or an intellectual act (inability to think clearly of an appropriate response), has been exposed publically.

Every child is innately good. By their inherent nature they are curious and as they grow they need to explore their surroundings and test their limits. In this natural exploration process, actions that are “bad” or “wrong” are part of their learning. In spite of the action, the child behind the act is still the same person to be valued.

The more obvious forms of shaming include spanking or punishments like being made to kneel in a corner, or even verbal shaming. But the subtle ways of belittling, like shaking ones head in despair, rolling one’s eyes, sighing in exasperation, can all have an equally profound impact on the child’s feelings of self worth. This is because children do not have the ability to differentiate between themselves and their actions. They tie their identity and self worth to their actions and the subsequent response they get to those actions, from the caregivers around them. Therefore what shaming does is, instead of condemning the behavior, it ends up condemning the child and makes him feel bad about himself. And shaming however obvious or subtle, is destructive to the child’s mental wellbeing.

So then labeling a child as a “good” child is acceptable – right?

Most parents conclude, if labeling a child as “bad” affects their self-worth negatively, then it is should be ok to label them as “good.” But in doing so our love and acceptance of the child becomes conditional. Because the honest truth is that we subconsciously will label a child as being good when they act in accordance with our preconceived notions of acceptable behaviours, or things we would like to see them do, or activities we would like them to engage in, thus failing to accept the child for their individuality.